Quite a lot of VHS watching this week, as I readied another lot from my collection to be sold online. Most of the ones on this list are rarer titles (not-on-DVD or OOP) which I watched while converting to DVD before listing them for sale. 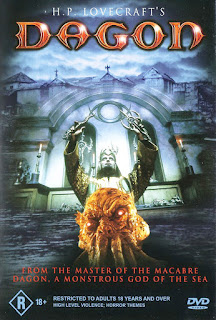 Dagon (2001) VHS
- This movie isn't rare, but I was putting it up for sale and my girlfriend hadn't seen it so we sat down to give it a watch. I had seen it once before (when it first came out on home video) and remembered quite liking it. It definitely stands up to the test of time, but it's directed by Stuart Gordon (Re-animator, From Beyond etc) and based on Lovecraft, so how could it not be great? A creepy setting (isolated European fishing village), good gore and some nice creature effects make this is a must for horror fans. 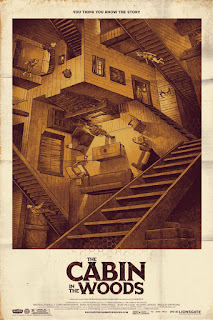 Cabin in the Woods (2012) AVI
- Another one I'd seen before but watched again because my girlfriend hadn't seen it. More a comedy than a horror, this one gets batshit crazy towards the end. As a side note, my girlfriend is legitimately terrified of werewolves and won't watch any movies that feature them - I forgot that there's a werewolf in the climax of this film... oops! 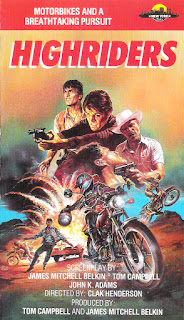 Highriders (1987) VHS
- Also known as Warlords of Hell, this rare film is about a couple of Americans who go motorcycling in Mexico and run afoul of some local bad guys. Naturally they fight back. This gets points for featuring future-Terminator Robert Patrick as a hell-raising biker but other than that though it's basically a bunch of action shots of dirtbikes jumping through the air. If that gets your blood pumping have at it, but I found it mostly boring. 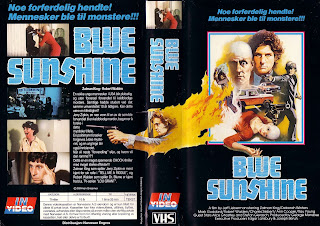 Blue Sunshine (1978) VHS
- Bizarre oddity from Jeff Lieberman (director of Squirm, Just Before Dawn and Satan's Little Helper) about a mind-altering drug that turns people into bald psychopaths. Starts off really strong with a great "guy snaps and kills everyone" scene, but then it turns into a police procedural, before a final showdown that ends too abruptly. Still worth seeing though for some of the weirdness involved. 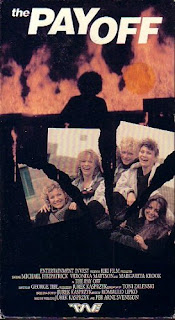 The Pay Off (1987) VHS
- Some movies that have never been released to DVD are better off that way, and this is one of them. A woman is framed for murder and sent to an insane asylum, where... well, not much happens. Most of the running time is taken up with various inmate antics, which boil down to showcasing how "crazy" they are. For a movie set in a woman's prison/asylum, it doesn't even feature any nudity to make things interesting. Avoid. 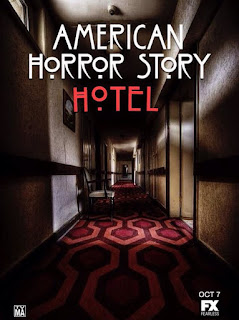 American Horror Story season 5 (2015)
- I'm somewhat torn on this show. I have watched all of the seasons so far and while I would say I have enjoyed most of them (the Coven series was pretty stupid IMO) I also feel like this show could benefit from being a bit less melodramatic and a bit more gritty. That being said, I did find this latest season to be a bit more enjoyable than some of the past ones.
The cast was great across the board (Lady Gaga surprised me, Wes Bentley needs more big roles and Kathy Bates is always fantastic), I dug the concept of a hotel full of murderers, both living and dead (the Halloween dinner with all of the dead serial killers was a lot of fun), and the music was fantastic. The only downside was Evan Peters' performance - I've always said he's the spitting image of a young Johnny Depp, and his acting here was way too much like one of Depp's "kooky" characters, all the way down to the wacky accent.
Overall, a great season of AHS.

Posted by fletchanator at 12:13 PM No comments: