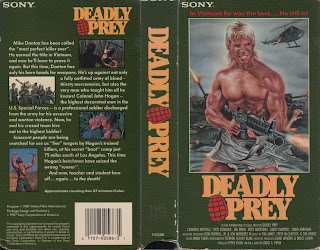 Deadly Prey (1987) VHS
- Pure “so bad its good” gold from director David Prior and his blond-mulleted actor brother Ted. Take Rambo, take The Most Dangerous Game… remove the budget, the good acting and the special effects and you have Deadly Prey. Every moment of this movie is unadulterated awesomeness. Ted plays a Nam vet who is kidnapped by some bad guys who love to hunt humans. Only they chose the wrong guy this time! Another from my own collection (all of which I’m selling off for space purposes), and one every Z-grade action movie fan needs to see (along with other Prior brothers efforts like Aerobicide, Sledgehammer and Raw Nerve). 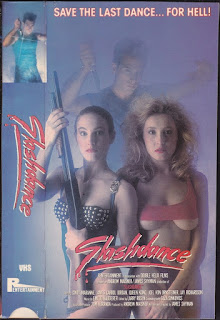 Slash Dance (1989) AVI
- That’s a catchy title right? Some nice wordplay on the name of the popular 80s movie, Flashdance. Well, that’s all this pile of crap has going for it. The premise is simple - girls auditioning for a musical start getting picked off by a serial killer so a sexy female cop goes undercover to catch him. There’s nothing wrong with a slasher that keeps it simple. But there’s plenty wrong with a slasher that features virtually no blood, no skin (come on, it’s a movie about dancing girls!) and some of the worst acting ever put to screen (the lead and several other of the “actors” were wrestlers from the short-lived Gorgeous Ladies of Wrestling, and acting wasn’t their strong point). Instead it has tedious amounts of girls in leotards “dancing” on stage - I use that word very, very reluctantly. Yawn, yawn, yawn. 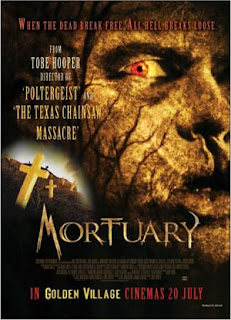 Mortuary (2005) AVI
- Oh Tobe Hooper, we knew ye well. It’s well known that Hooper has gone from genre hero (Texas Chainsaw Massacre, Poltergeist) to genre zero (virtually everything after Texas Chainsaw 2 in 1986). Sadly, Mortuary doesn’t represent a return to form for him. The premise is okay - family move into an old house to restart an old mortuary and come under attack by a fungal growth that turns dead people into zombies - but it’s all done rather poorly (especially the CGI, yikes). Not the worst movie ever made, but definitely nothing worth wasting your time on. 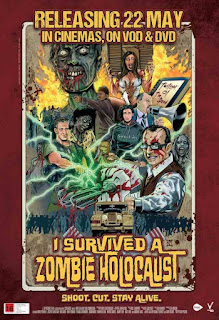 JUDGEMENT MAY: I Survived a Zombie Holocaust (2014) DVD
- Pretty much the only time I buy movies on their released date is when it’s a New Zealand movie I really want to see, like this one. It was released on DVD and in a few cinemas here in NZ on Friday May 22. I picked it up a day later and watched it right away, and I wasn’t disappointed. It definitely feels very New Zealand-y, mixing our sense of humour with gore in the same vein as Braindead, Bad Taste and Black Sheep. I love the fact it’s about real zombies attacking the cast and crew of a low budget zombie movie, which gives it ammo to take shots at the movie industry as well as the overdone zombie sub-genre. NZ horror is on a real roll lately, between this, Housebound and What We Do in the Shadows. 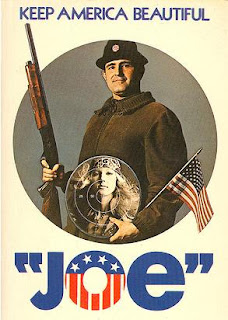 Joe (1970) DVD
- With Memorial Day happening in the US, I wanted to watch something very ‘Murican. The cover to this one showed an Army uniform, a guy with a gun and the Stars and Stripes - sold! I knew nothing about it going in and found it to be a gritty, gloomy look at life in the late 60s and early 70s, a time of racial and civil unrest in Vietnam-era America. The late, great Peter Boyle shows off the grumpy chops he’d use so well in the TV show Everybody Loves Raymond, as a disgruntled, racist blue collar worker who befriends a rich guy with a wayward daughter, as the two go on a rampage against hippies. Blunt, un-PC, brutal in places and with a great ending. Kind of like Easy Rider without the motorbikes.
Posted by fletchanator at 7:18 PM No comments: